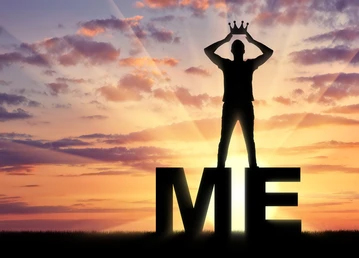 The Spiritual Source of Social Dysfunction

In this era man has rapidly transferred his allegiance and devotion away from God and toward himself.  As in Babel, Sodom, ancient Israel, and ancient Greece, man has begun afresh to worship his own image.  In a fit of narcissism, he has displaced the living God as the central focus of his devotion and replaced Him with a statue of a human.  Like Lucifer, we now say, “I will make myself like the Most High.” (Isa 14:14)

I sought the Lord’s guidance on an important social matter recently.  Sensing that He had a clear answer to recent, challenging headlines, I pressed into heaven for answers. The culture now either denies the very existence of God, ignores Him entirely, or equates man’s opinions with the Lord’s declarations. For example, it is now socially permissible to self-identify one’s gender rather than accepting the God-ordained design.  Instead of ministering to those who agonize over their spiritual pain, we pass legislation to criminalize anyone who offends such people.

In some quarters in America, our public safety officials are now branded as untrustworthy, racist, and worthy of death.  Instead of honoring the authorities as ordained of God (Rom 13:1) and rooting out those rare, bad elements from the police, some members of this self-absorbed culture completely excoriate all those in uniform.  Vigilantes now openly murder police. At one point, two maniacs publicly executed eight sworn officers in Dallas and Baton Rouge. At times terrorism haunts the planet as barbarians execute helpless citizens.  Horrifying consequences continue to follow from man’s self-appointed right to make decisions and administer justice apart from God.

The gender-identity issue, for example, is diametrically opposed to the teachings of the Bible which declares that: “When God created mankind, he made them in the likeness of God.  He created them male and female and blessed them. And he named them “Mankind” when they were created”. (Gen 5:1b-2). God alone determines one’s gender.  I have no right to alter or deny what He has designed.  I either accept that I am made in His image or I don’t.  This premise was once entirely obvious, but is now under siege.

American culture used to hold deeply to a belief in a transcendent God. Our founding documents read: “We hold these truths to be self-evident, that all men are created equal, that they are endowed by their Creator…”  At one time, certain truths were held to be so obvious, so clear, that they were labeled “self-evident.”  But, oh, how we’ve changed!  We’re so much smarter now.  Laws in America and other nations are now designed to codify and legalize exactly the opposite!  What were once clearly unholy beliefs and behaviors are now protected and encouraged. The arrogance of man seems to be boundless!  Again, this comes down to a binary choice of one’s worldview.  Either I personally believe the Bible is the Word of God or I don’t. In fairness, some in our society openly reject God’s word; at least they are decisive people.  Believing we pay a severe price for such arrogance, this writer has chosen to follow the words of Joshua who said, “As for me and my house, we will serve the Lord.” (Josh 24:15)

Regarding my request, the Lord replied to my heartfelt plea for understanding.  He immediately pointed me to Romans 1 where Paul systematically dissects the root cause of social dysfunction. After his brilliant analysis, he then identifies 23 consequences of rejecting God’s creation and launching into self-worship.  His words are eerily ripped from today’s headlines.  Let’s quote the Scripture, then analyze the implication:

18 For the wrath of God is revealed from heaven against all ungodliness and unrighteousness of men, who hold the truth in unrighteousness; 19 Because that which may be known of God is manifest in them; for God hath shewed it unto them. 20 For the invisible things of him from the creation of the world are clearly seen, being understood by the things that are made, even his eternal power and Godhead; so that they are without excuse: 21 Because that, when they knew God, they glorified him not as God, neither were thankful; but became vain in their imaginations, and their foolish heart was darkened. 22 Professing themselves to be wise, they became fools, 23 And changed the glory of the uncorruptible God into an image made like to corruptible man, and to birds, and fourfooted beasts, and creeping things.

24 Wherefore God also gave them up to uncleanness through the lusts of their own hearts, to dishonor their own bodies between themselves: 25 Who changed the truth of God into a lie, and worshipped and served the creature more than the Creator, who is blessed for ever. Amen.

26 For this cause God gave them up unto vile affections: for even their women did change the natural use into that which is against nature: 27 And likewise also the men, leaving the natural use of the woman, burned in their lust one toward another; men with men working that which is unseemly, and receiving in themselves that recompence of their error which was meet.

28 And even as they did not like to retain God in their knowledge, God gave them over to a reprobate mind, to do those things which are not convenient; 29 Being filled with all unrighteousness, fornication, wickedness, covetousness, maliciousness; full of envy, murder, debate, deceit, malignity; whisperers, 30 Backbiters, haters of God, despiteful, proud, boasters, inventors of evil things, disobedient to parents, 31 Without understanding, covenantbreakers, without natural affection, implacable, unmerciful: 32 Who knowing the judgment of God, that they which commit such things are worthy of death, not only do the same, but have pleasure in them that do them.   (Romans 1:18-32 KJV)

From the lengthy passage above we learn several things:

1. The invisible things (of God) are clearly understood by looking at the visible (v19-20)

2. The Lord has left abundant clues in nature – a chain of evidence which leads back to Himself. (v20)

3. When presented with this evidence, man has rightfully reasoned that there must be a God at the center of creation, but, in his arrogance, he has chosen to deny the obvious. (v21-22)

4. But man still needs an alternative theory of origins. Since he denies the existence of a central, transcendent, creative force, he “holds”, or places, these discoveries in a counterfeit framework. This distorted reclassification of truth is labeled as ”unrighteous”in heaven.  (v18)

5. In love with his godless, alternative theory, and needing to perpetuate and advertise the myth, man makes idols of creation, choosing to worship the result (the creature) rather than the source (the Creator).  (v23, 25)

6. Finally, instead of giving credit to the Creator, man celebrates his own wisdom. A terrible consequence flows from the false narrative:  this unrighteous, deceitful attitude provokes the wrath of God. (v18)

7. Consequently, God removes His restraining goodness, allowing self-deceptive people to entertain their imaginations.  First, they dishonor their own bodies by perverting His original design. (v24)

8. Since man deliberately decided to avoid acknowledging God’s authority and creative power, the Lord then removes His merciful restraints, allowing man to sink into deeper levels of depravity – developing “a reprobate mind” where evil is called “good” and good is called “evil” (v28)

9. The ultimate outcome is a suicidal mindset.  Man becomes self-destructive, knowing the spiritually judicial consequences of his self-indulgence, but perversely enjoying the judgement he provokes from heaven.  Suicide, the murder of self, is the final rejection of God’s authority, as man reserves to himself the power of life and death. (v32)

In conclusion, we are wise to heed what the Lord said through His prophets Haggai and Elijah:

Although that message applies to one’s property and financial matters, the message is clear:  there are mild to severe consequences for violating Godly principles.  We ignore the Lord at our peril.  Individually and culturally, we ought to immediately confess our narcissism, repent of worshipping ourselves, and seek the face of God.  He then promises to hear from heaven and to heal our hearts and our nation.