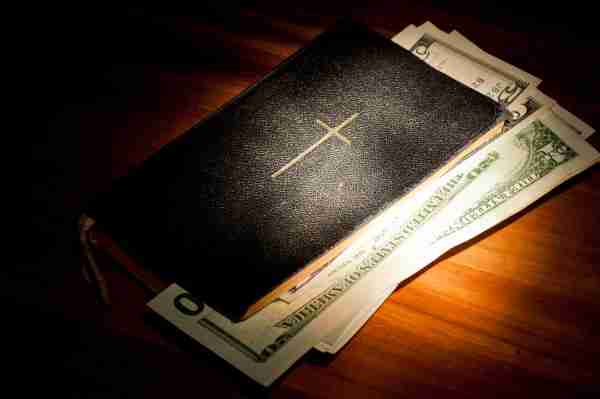 In Part 2 of this Kingdom Economics series, I dug a theoretical foundation but didn’t supply the blueprint. I hope to clarify any remaining uncertainty with this piece.

1. NO OVERLAY — First, I am not suggesting or asserting that our earthly economic systems should be converted to a Christian Commonwealth.  We should not make a pact with others to enter into a manmade and man-controlled system. There aren’t yet enough Kingdom-minded Christ followers to distribute the equities. It worked for a season under the leadership of the original Apostles, as described in the Book of Acts.  However, those who follow Jesus are no longer confined to a small, tight-knit community.  We run the risk of distorting the Lord’s intentions.  History is littered with poorly concocted schemes to redistribute wealth through some corrupted understanding of right and wrong.  Inevitably, the result is mutated socialism – ugh!  When we speak of Kingdom Economics, we are simply asserting that the Lord has a separate and distinct financial system, led solely by Jesus, which His followers can access while still operating according to the laws and culture of their respective countries. Believers are called to function as stewards, as salt and light in this fallen world.  We are asked to permeate the culture while remaining untouched by it.  Eventually, we will demonstrate outrageous results (30, 60, 100-fold returns). Governmental leaders will eventually acknowledge the astounding virtue of the economic principles of the Kingdom.  As for you and I, we are invited to live in the midst of that heavenly Kingdom, and to operate by those principles, right now.

Conclusion — After witnessing several failed historical attempts to install God’s economic principles into a community or a nation, (including Jamestown and the Plymouth Colony), we should acknowledge that overlaying Kingdom Principles on earthly governments is a failed strategy.

2. DUAL CITIZENSHIP – Jesus taught us that His Father has established a unique government (the Kingdom of Heaven) with several qualities which parallel those on the Earth.  This government has a King named Jesus, a system of law which is written on our hearts, a constitution (contained in the Bible), a military wing (the angelic host), a diplomatic corps (spiritually mature sons who serve as its Ambassadors) and a remarkable economic system.  Certain believers, those who “know and keep” the commands of Christ, who grow in faith and in favor with God, become citizens of this Kingdom (Phil 4:20).  These individuals carry two “passports” — one from their geographic home country and one from the invisible Kingdom of Heaven.

“strangers and pilgrims…but now they desire a better… heavenly country.Therefore God is not ashamed to be called their God, for He has prepared a city for them. (Heb 11:13, 16)

Not everyone who calls Jesus “Lord” will enter into this Kingdom (Matt 7:21-23).  Byaccepting His substitutionary death on the cross, all believers will certainly be with Him in heaven, but, due to their self-centered, iniquitous ways, not all will be released as Ambassadors to represent Him here on Earth.

Conclusion — The mature believer is appointed as an Ambassador of Christ.  He is to be “in the world, but not of the world.” He is charged with honoring the authorities in both of these realms (Rom 13:1).  He is to render unto the Caesars of this world whatever taxes they are due.  But he needs to maintain a Kingdom mindset in all his endeavors and to depend on the Lord for all his earthly needs.

3. OWNERSHIP and REPUTATION – One day young Daniel, a hostage in captivity to Babylon, needed a rapid insight from the Lord regarding the King’s dream.  Whereas no other soothsayer or astrologer, under penalty of death, could describe or interpret Nebuchadnezzar’s vision, Daniel did so, in detail, after a moment of prayer.  In response to this phenomenal achievement, “The king answered unto Daniel, and said, Of a truth it is, that your God is a God of gods, and a Lord of kings, and a revealer of secrets, seeing thou couldest reveal this secret.”  (Dan 2:47)  Imagine this mighty, brutal, heathen king bowing to Daniel and glorifying the young man’s God! This was not the first time Daniel brought high honor to the Lord of heaven.  Previously, for remaining loyal to God’s dietary laws, a transformation came upon Daniel and his buddies, “As for these four young men, God gave them knowledge and skill in all literature and wisdom; and Daniel had understanding in all visions and dreams.” (Dan 1:17)

Every King is immensely concerned with protecting his good name, and our Lord is no different.  Therefore God rewards those who bring Him honor and glory regardless of their age.  He makes special rulings just for them.  In a democracy, this would be called corruption.  In a Kingdom, however, it is called “favor.” This is so foreign to our democratic, egalitarian sensibilities!  In a Kingdom, the King seeks immense levels of glory and honor.  The quality of His citizens’ lives is a direct reflection on the King’s reputation. In Psalm 50:10-12, our King claims to own everything:

For every beast of the forest is Mine; the cattle on a thousand hills.  I know every bird of the mountains, and everything that moves in the field is Mine.  If I were hungry I would not tell you, for the world is Mine, and all it contains.

He serves as the sole provider to his citizens (“My God shall supply all your needs according to His riches in Christ Jesus”).  Our Lord asks for our complete loyalty and our faith (“without faith it is impossible to please Him”).  He does not want our attention drawn to money, to illness or emotional stress.  He is a jealous God who encourages us to stay focused on Him while He provides resources to His people.

Conclusion – The King of our heavenly government is immensely motivated to have us protect and build his reputation among other governmental leaders and their citizens.  He wants unbelievers to see our good works and to begin to glorify our heavenly Father. Out of His immeasurable love, He will supply us supernaturally.  When the world sees His loving protection and provision, it will hopefully seek its source, the glorious Kingdom of Heaven.

SUMMARY – No one is advocating a legislative transformation of America’s economy to a commonwealth system.  However, the Lord has a government and corresponding economy running parallel to the one where you live.  You would benefit from accessing this unseen system which requires knowing and implementing its principles.  This means holding a “dual citizenship.”  Finally, the Lord asks for you to strengthen His reputation in the Earth.  Let your light shine before men so that they can see your good works and glorify your Father which is in heaven.  Provide an unadulterated faith and a recognition that “every good gift and every perfect gift comes down from the Father of lights.” (James 1:17)  Seek the welfare and the ideals of His Kingdom first, and watch Him supply all the things you need out of the riches He has stored and supplied through His precious Son, Jesus.