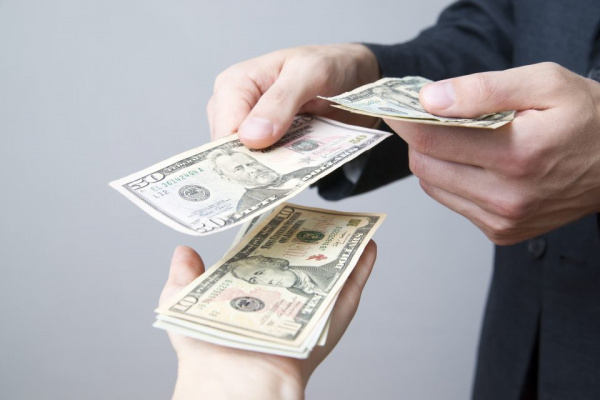 In considering the merits of various economic systems, we run the risk of arguing from man’s history back to God’s intent.  We may even be caught examining our historical abuse and religious mismodeling of God’s intentions and then demanding legal protection from our own foolishness.  This would be deductive reasoning running amok.  Examining evidence and reasoning to its source serves us well in solving crimes such as “Who ate all the cookies?” or “Who murdered JFK?”  But we simply cannot presume to know the intentions of the living God apart from examining the Holy Scriptures which contain His governmental Constitution and economic principles.  Man’s failures — his greed and his lust for power — are not solid grounds for deducing a heaven-sent economic theory.

As soon as we invoke the name of God, whether His family name ‘Elohim’, (the creator), or ‘Yahweh’ meaning ‘Lord’, (leader, owner) we need to tread carefully.  This is holy ground.  Even the unrighteous agree that the one who creates a thing becomes its owner.  In America and certain other capitalist societies, if you design a new app for the I-Pad, you own it and are entitled to earn licensing fees.  If you develop a process for making microchips or potato chips, the government awards you a patent in order to ensure your economic rights to the idea.  This is entirely appropriate.

Therefore, much of our discussion here about economics – no, really ALL of it –depends on one’s belief in the Genesis story.  If God made the universe ex nihilo (out of nothing) then He owns it.  If, however, you believe that life evolved, that your ancestral great-grandfather was an asparagus or a mosquito, then perhaps my argument loses its persuasiveness.  If death entered the world before sin, then I retract my point.

So, we have arrived at a serious juncture.  Perhaps you believe God merely ignited the creation, then yielded it to the blind forces of time and probability theory.  If so, He doesn’t have much to say about justice, or governance, or family life.  We get what we deserve in those arenas.  Furthermore, He has ceded economics to the beneficent hedge fund operators, leaving us to their tender mercies.  If so, I agree: capitalism wins — game, set, match.

However, if the literal, six-day creation story underscores your belief system, then the Dominion Mandate of Genesis 1:28 (Be fruitful, multiply) gave man stewardship over the creation.  God owns it and we manage it.  We have access to everything, but we really own nothing.  Under this theory the Earth is a colony of heaven having been designed for a commonwealth economy led by a King.  In a commonwealth, one trustworthy citizen manages a portion of the King’s estate until another citizen expresses a need.  The King, in His infinite wisdom, instructs the steward to provide for the needs of the petitioner.  Thus, there is never a hint of structural poverty in God’s Kingdom.  Supply is always available if we avoid hoarding, heed the wishes of our King, and make our needs known to Him.  He will supply all our needs according to His riches which are housed in and allocated by His Son, Christ Jesus.

One can argue that we should not be governed by such an antiquated economy due to the presence of sin, but can we at least agree on the Original Intent?

Lest you accuse me later of tricking you, I’ll state the obvious.  If you agree on the Original Intent, and the Dominion Mandate, and if you agree that Jesus came to restore His Father’s Kingdom, and that He reveals His strategies to those who ‘know and keep His commands’, then you must conclude that all aspects of this heavenly government are currently being quietly reinstated through a network of God’s trusted children (His mature, spiritual sons), including its economic system.

Jesus encouraged us to pray for the manifestation of this government in the Earth, saying, “Thy Kingdom come, thy will be done, in Earth as it is in heaven” (Matt 6:10)  600 years earlier Isaiah declared that this government would “rest on the Messiah’s shoulders” and of the increase of His government and peace there shall be no end… (Isa 9:6-7).  Jesus spent a good portion of His ministrypreaching about this same government throughout Galilee and the Decapolis andbeyond.  Now, does anyone doubt in the 21st century, that the whole Earth groans in anticipation of the arrival of God’s sons, (Rom 8:19), the Ambassadorsfrom His State Department, who will teach and implement this wondrous, practical system of governing and economic deliverance?

I personally believe this to my core.  Will you come join us?