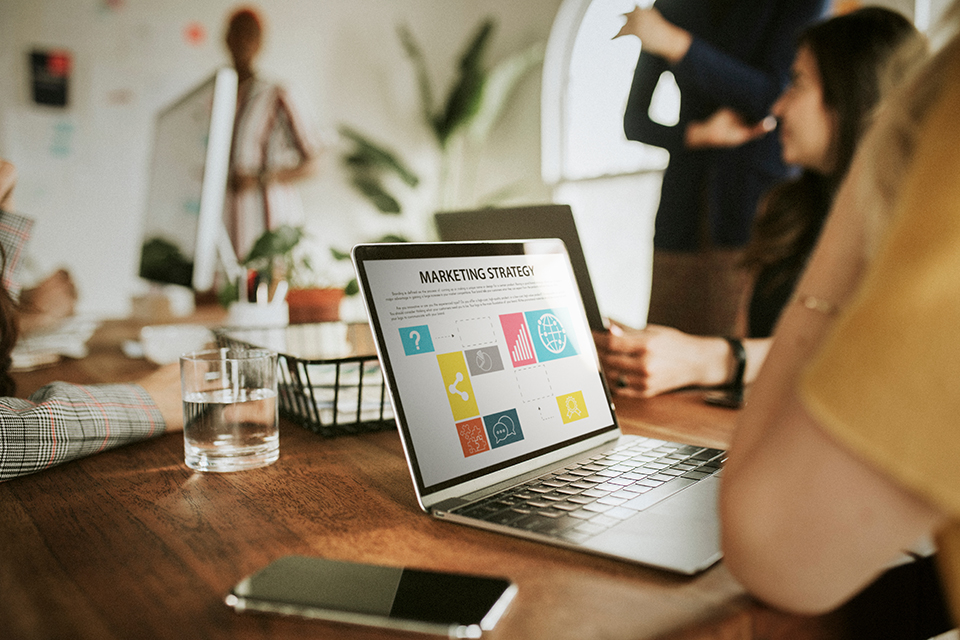 If sensible, skilled marketing teams had been retained to design a world-class religion in 1st century Palestine, certain recommendations would certainly have guided the development of the Christian faith in its earliest days.  This is a sample of the report we would expect to see.  It’s all quite reasonable, but maybe it’s good that the Lord didn’t consult with us first.

1.  PROPER BIRTHPLACE —   The right geographical heritage gives honor to the leader.  Palestinians and Romans are not diversity-minded; they immediately classify people by birthplace.  Puny towns like Nazareth automatically confer lower social status.  Additionally, Galilee is a low-class region, known to be politically rebellious and unwilling to follow Judaic law. No one will listen to hicks from the country, so to generate viral religious appeal, select your leader’s birthplace carefully.  Massage it a little, if need be; record-keeping is spotty, so who’s going to know?  Choose an upstanding city like Capernaum or Tarsus, (Acts 21:39) but definitely stay away from Nazareth.

2.  UPSTANDING PROFESSION — Cicero compares the working crafts to a form of slavery.   Better to be a merchant than one who works with his hands.  Only vulgar men earn a living this way.  We need to be sure the hero and senior leaders of the new faith each have a culturally acceptable profession.   For instance, avoid carpenters and fishermen as they will only invite public disdain, greatly reducing the odds of market acceptance.

3. IRREFUTABLE BIRTH — Of all things, your spiritual leader needs to arise from undeniable, strong blood lines.  In heritage-conscious societies such as Rome and Judea, be certain to produce documents or eyewitnesses authenticating parentage, and please remove all doubt as to whether the birth even appears to be out of wedlock.  We know you’re big on Jesus, but it’s going to take massive P.R. to squelch these rumors about his mother, Mary. The press will have a field day if this story about a night with an “angel” ever gets legs.

4.  FLAWLESS HERO — Let’s address a touchy topic up front.  What are these rumors about Jesus admitting not to know who touched him in that crowd or when he’s coming back to save the world?   We want to craft an ima ge of near perfection, so these self-admitted uncertainties need to stop.  We’re especially disturbed that he may have had second thoughts about his exit strategy, even asking his Daddy to make it all go away. Please!  At the trial, he hardly said a word when those crazy old men said such horrible things!  Where’s the swagger, the strut, the triumphant attitude?   We wrote an Oscar-worthy speech for just such a moment.  This was the trial of the century!  All this quiet humility simply won’t do.  We’re starting a new religion here, people!

5. NOBLE DEATH — Honor is highly prized in Roman times.  If he has to die for the cause, the manual says to have your leader martyred in a noble battle, fighting for a righteous cause to preserve his honor, rather than be humiliated, pinned helplessly to a wooden stake.  Crucifixion will strip all dignity from your leader.   In this society, it’s truly a disgraceful way to die.   Upstanding people do not even speak of it.  Of course, martyrdom is not mandatory to draw public attention.  Being insulted, whipped and jailed by the authorities is often enough to bring victim status and empathy to the cause, especially in a strong honor/shame culture.

6.  SPIRITUAL, NOT PHYSICAL RESURRECTION — To pagans, the body, and really all matter, is evil.  The best endgame for a new religion is to promise relief from the burdens of the corporeal.   Promising resurrection to followers is a plus, but after his death, have the martyr lose all traces of earthly existence, becoming pure spirit.   This apotheosis fits very well with the Roman and Greek mind, thereby increasing the chance of public acceptance for the new religion.  Above all, DO NOT have your Savior return after death in bodily form.  Otherwise you will waste valuable resources and precious public opinion arguing with the Gnostics, the Platonists and various other skeptics.  Forget the Sadducees; you’ll never win them over.  They don’t believe in resurrection of any kind.

7.  MAINTAIN REVERENCE FOR ANTIQUITY— Remember that Romans idealize the past and virtually worship their ancestors.  They even accord a measure of respect to the Jews by virtue of their extended cultural back-story.  To attract followers, avoid being classified as new and unusual.  Be seen as an historical inevitability, growing out of the old, rather than developing a revolutionary model.  The tried and true is trustworthy; innovation is decried.  Radicals may be killed.  Obviously, Jews are your initial target market, but it’s upsetting to some in that demographic that we’re encouraging them to co-mingle with Greeks.   Don’t compound the problem by allowing your senior spokesmen, such as Paul, the one from Tarsus, to overturn centuries of tradition by coming against circumcision and dietary laws. And tell him to stop arguing with Peter.  We need a unified message, so no squabbling among the inner circle!  Keep Paul and the others on the reservation.

8.  ALLOW FOR TOLERABLE SELF-INDULGENCE — What’s so wrong with a reasonable Roman party life?  A little temple orgy from time to time keeps the faithful in line, especially in Corinth!  Show some leniency toward the Roman gods, the so-called guardians of stability, to avoid accusations of intolerance or heresy.   And that leads us to another point.  Keep this new religion squarely in the spiritual realm, and definitely don’t claim it has application to state institutions.  Let’s stop speaking about the “Kingdom of God” because it makes you sound political.   Just stay away from Caesar’s jurisdiction.  That will only inflame the lawyers and invite Roman repression.  Lighten up!  Throw a party!  By all means have standards, but do try to fit in.

9. AVOID THE FACT-CHECKERS — Outrageous claims risk casting immediate and fatal doubt on the new religion.   Focus on obscure miracles and chance conversations with unknown people to rapidly build the mythology of the new cause.  No one can easily verify such stories.   Mass communication tools are centuries away, so we have an advantage if we stay cool.  But remember, privacy is a myth.   Caesar has watchers and spin doctors stationed all over the Empire to maintain the party line, not to mention the Jews.  Be prepared for the Pharisees to follow your little band of insurgents everywhere.  They despise any challenge to their authority, so they’ll publicly question you at every opportunity, looking for microscopic flaws in the narrative.   Once they undermine one of our stories, it could shake the entire foundation of the movement.   We would need to divert scarce resources to plug the holes.  So, let’s keep to vague, unverifiable anecdotes.  Even if they’re true, claims of a precisely timed earthquake, miraculous healings and raising the dead will only invite unnecessary scrutiny.

While we’re clearing the air, don’t mess with the army; these guys have no sense of humor.  We need to suppress any tales about Centurions and their sick servants.  What about this clandestine, late-night meeting with a senior member of the Sanhedrin?   Too easy for the opposition to spin; way too high-profile.   And can we stop Paul from encouraging his readers to verify everything?  A little mystery keeps the faithful in line.  One mistake and the haters will have you twisting in the wind.  If Luke keeps writing that King Herod was eaten by worms, his son, Agrippa, is going to go ballistic.   People can only stand so much public insult.  Finally, please have Paul tone it down instead of gushing out the whole history of the faith and telling the King “you know this is true; it wasn’t hidden in a corner.” (Acts 26:26)   Agrippa must have agreed because he was ready to set Paul free.  Amazing!  Counterintuitive!  Okay, maybe it worked once, but it’s way too risky as a long-term marketing strategy.  In summary, let’s keep our storyline simple and difficult to verify to avoid a public relations nightmare.

10.  IDENTITY POLITICS — a successful new religion would be terribly unwise to upset the Roman or Pharisees’ caste system.   We can’t remove all social stratifications by claiming there is no distinction between Greeks, Jews, slaves and freemen.  For goodness’ sake, leave people some dignity. Hierarchy established through birth, ethnicity, gender or wealth is integral to the Roman mind.  Everyone knows that people of low birth have questionable character.  We cannot ask our converts to sever their existing family relationships and co-mingle with just anyone.  Failing to fulfill the expectations of one’s social station is cultural suicide.  Maybe Jesus could get away with hanging around with all those ne’er-do-wells.  Besides, at times he seemed to have a premonition about his death!  But let’s not overstate the negatives.  The Caesars promote structure and order.   Everyone is very dependent on this system; undermining it will only create confusion.  To win converts from all social strata quickly, it will be necessary to maintain class distinctions in the new Christian faith.   How else will we recognize who is more elevated in the eyes of God?

11.  GENDER ISSUES — whenever a new revelation is offered to the young church, let it come through men.  Not that we’re sexists, but no one in this culture will ever believe a woman who claims to have witnessed a miracle.  In this society, women speak through their husbands.  They aren’t even allowed to be witnesses in capital crimes!  If we’re going to run with this resurrection storyline, the empty tomb needs to be discovered by faithful men of strong reputation.  We already stated that if the leader is killed, let it be in honorable circumstances.

Here’s a summary of the worst case marketing scenario – the hero dies by crucifixion while surrounded by female followers of dubious reputation followed by resurrection in bodily form, seen and reported by women.  Ha ha!  How undignified!  You’d instantly brand the new movement with a severely stigmatized identity before it developed any market momentum.

In summary, we can assemble a great team, employ a tremendous social marketing strategy and minimize attention from Rome if you simply trust us.   We’ve got a proven reputation and connections with the next Emperor, Nero.  A bit quirky, but a terrific guy, once you get to know him.   Call soon.

Footnote: 2,000 years later– Despite the overwhelming odds against its survival, including the untimely, humiliating death of its young founder, Christianity established a foothold among the leading citizens — those who had the most to lose — as well as the disenfranchised, the enslaved and the hopeless.  It remains the greatest influence ever seen or imagined in the Earth.